These lanes are perfect for wandering around, exploring the intoxicating charm of your surroundings.

Whether you’re looking for a cultural fix or a shopping spree, England’s capital is the place to be. If you’ve ever been to London, you’ll know that there is more to this iconic city than just the landmarks.

In the guide you’ll find some of the coolest streets in London from a local. If you’re looking to see some of London’s coolest streets, keep reading! So, grab your walking shoes and your camera, and let’s set off on a London adventure.

This walking tour is perfect for travellers who want to explore the hidden streets and alleyways of London. The expert guide will take you on a journey through time, seeing some of the most interesting sights in London like 7 noses of London and the smallest police station in the world.

Let’s kick things off with some of the most famous and coolest streets in London. Whether you’re a native to England or not, you must have heard about these streets at some point. After all, they are famed for a reason.

Read more on streets in London

From the iconic cobblestone streets to incredible restaurants and clubs, let’s see what makes these streets so special.

This street is known as a pedestrian shopping street, located in Soho Central London. This location is home to some of the most fashion-forward retailers in the world and is a must-visit if you’re keen on high-end independent boutiques.

Some of the most notable brands on this street include Diesel and Levi’s.  This street is only 0.12 miles (200 meters) long, which makes a walk-through very manageable.

However, thanks to the multitude of small alleyways, this street has so much to discover. It boasts up to 60 different cafes and bars, offering over 30 different global cuisine experiences.

Carnaby’s iconic heritage started back in the 1960s as the birthplace of Swinging London. The home of punks, mods and skinheads, this street will always carry the hub for lifestyle and culture in London.

John Stephen, nicknamed the “King of Carnaby”, has designed suits for the members of the Rolling Stones, The Who, The Kinks and many more – from his boutique, The Man’s Store.

This road is north to Camden Town and close to Primrose Hill on the west. This area of London is known for its perfect atmosphere, merging the city’s hustle and bustle and the serenity of the suburbs.

One of the most famous landmarks in this street is the Roadhouse, which is now a recognisable music venue.

Goths and punks line the road in hopes to catch a glimpse of their favourite bands as they leave the grandiose stages (Isaac Delahaye, if you’re seeing this call me)

As mentioned, Roadhouse has played home to multiple bands in the past. But, what not many music fans know is that several famous music videos have been shot in this venue as well.

From Victoria Beckham (my favourite spice girl) to David Bowie, this location has been a hopping spot for MTV music videos since the ’70s.

This street is a perfect spot for party-goers and foodies alike. Chalk Farm Road has the best mixture of traditional simplicity and raving clubs that line the streets.

On just about every corner, you will find coffee shops and markets, and this street is within walking distance of the London Zoo.

This street paints a fine line between royal eloquence and the iconic cultural movements of the 19th Century.

From Mary Quant and her miniskirt invention to Mick Jagger popping into the shops for some milk, this road has seen it all.

Located in Chelsea, this street has some of the world’s foremost designer boutiques, bars and properties. If you’re keen on shopping with a little touch of history, King’s Road is the place to be.

While in King’s Road, be sure to check out the birthplace of the 70’s punk movement at Vivienne Westwood’s shop.

Her work can be seen in museums worldwide, but there’s nothing quite like stepping in her shoes and feeling the vibe in SEX.

This road is also one of 4 roads that host the Chelsea Flower Show each year. The streets burst into a colourful bloom and attract visitors throughout the world.

Just as the locals would say, when you’re in the Chelsea streets, you don’t just walk, you strut.

This old Victorian street dates back to 1 000 BC and is now a shopping hub for the locals. Lined with farmers markets, food stalls and vintage shops, Broadway Market has been on the map for years.

This spot has slowly become the must-visit destination for those who follow a gluten-free or vegan diet, due to its wide range of fresh and home-made food items.

Being one of the most famous central London streets, here are 30 dedicated stalls in the Vegan Market.

This famous street in London has also become very popular among crafters and collectors worldwide.

Multiple talented artists gather in this space to show off their one-of-a-kind pieces to tourists and visitors.

You will find unique, Instagrammable jewellery and clothing around every corner.

This street in London is home to one of the world’s most famous street markets. It’s known to be the UK’s most diverse communities with a rich and empowering backstory.

Millions of visitors stop by the market annually, and the stalls stretch over a mile down all to Golborne Road.

This gem in west London has one of the world’s largest antique and vintage clothes markets and is a perfect place to find some valuable collectables.

Portobello Street has hosted many celebrities from all over the world, so don’t be surprised when you bump into one of your favourite people.

You can’t claim that you’ve been to London if you haven’t paid a visit to Brick Lane. This street is mostly known for its incredible vintage shops and modern designers, but the street art is the true gem of the area.

This cobblestone street has seen more feet than any other street in London and remains a top tourist attraction.

Brick Lane has some quirky shops and eateries that are waiting for you. The hipster-vibe at spots along Brick Lane is a true one-of-a-kind experience.

The street has artisan coffee-shops and bakeries as far as the eye can see, and you’ll get your sugar fix in a matter of minutes. Lace-up your Doc Martens  and hop between these cool shops for a full London experience.

How about sipping on a delicious afternoon tea (or a cold beer on the side of the streets), while petting a furry feline companion? That’s exactly what you can do at Lady Dinah’s Cat Emporium.

This unique road in London is lined with spaces that are designed to entice your senses and get you out of your comfort zone.

Columbia Road is arguably the most beautiful street in the world. Flower vendors gather here, which turns the road into a colourful paradise for visitors and locals alike.

The building’s walls are constantly being changed by new and better street art, which makes for the perfect Instagram moment.

Oh, and remember to book a table at Trapeze while you can. This 3-story circus themed club is a staple in Columbia Road.

A list of the coolest streets in London would be incomplete without mentioning one of the most iconic photographs of all time – The Abbey Road Beatles album cover.

The Beatles returned to Abbey Road in 1969 to record their final studio album. The famous zebra crossing they smacked on the cover of that album has since been named a British music icon.

This road is famous for its recording studios which have seen the likes of Pink Floyd, Kanye West, The Rolling Stones, and Florence And The Machine.

Music tours and Beatles tours are still some of the main reasons tourists visit London. Recreating that album cover has become somewhat of a cult must-do among John Lennon and Beatle fans all across the globe.

This street is a perfect example of 1780’s London. The cobblestone street screams Georgian history and has only a handful of homes on it.

If you’re keen to step back in time, then this street will be a pretty cool place to visit.  Mostly untouched since the 1800s, this street will make you feel like you are stepping into a Vincent van Gogh painting.

Final Thoughts on the Coolest Streets in London

London is a city that drips in character and charm, with a side of spice and punk. If these streets could talk, they would be full of stories and memories.

Walking through them, you will get overwhelmed by culture and history.

From raging night clubs to cute, historical cobbled streets, London is a must-visit, regardless of your interest. In London, the punk and the antique dealer can walk side by side and exist in the same space.

So, put on your walking shoes, grab your favourite camera and go pay homage to the builders, artists, cooks and kings that walked the streets of London. 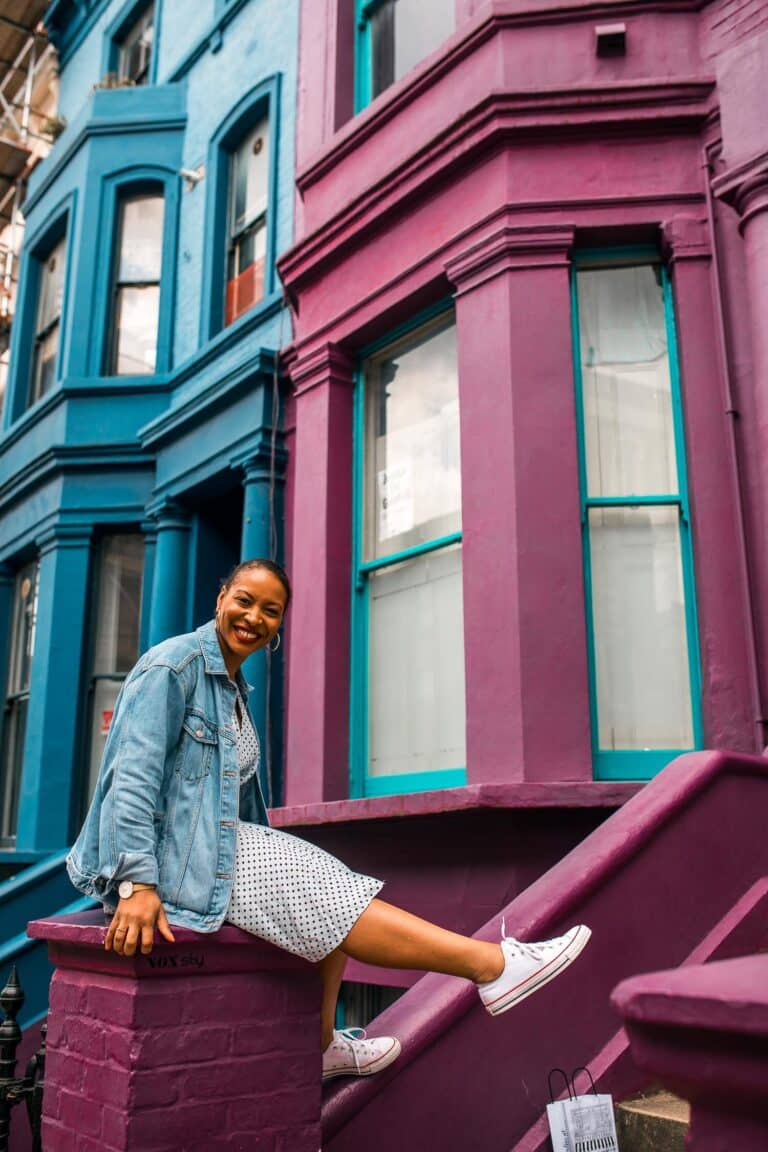 Putting together a 1 day London itinerary? Here is a local’s guide to the best tours and attractions for one day in the city. 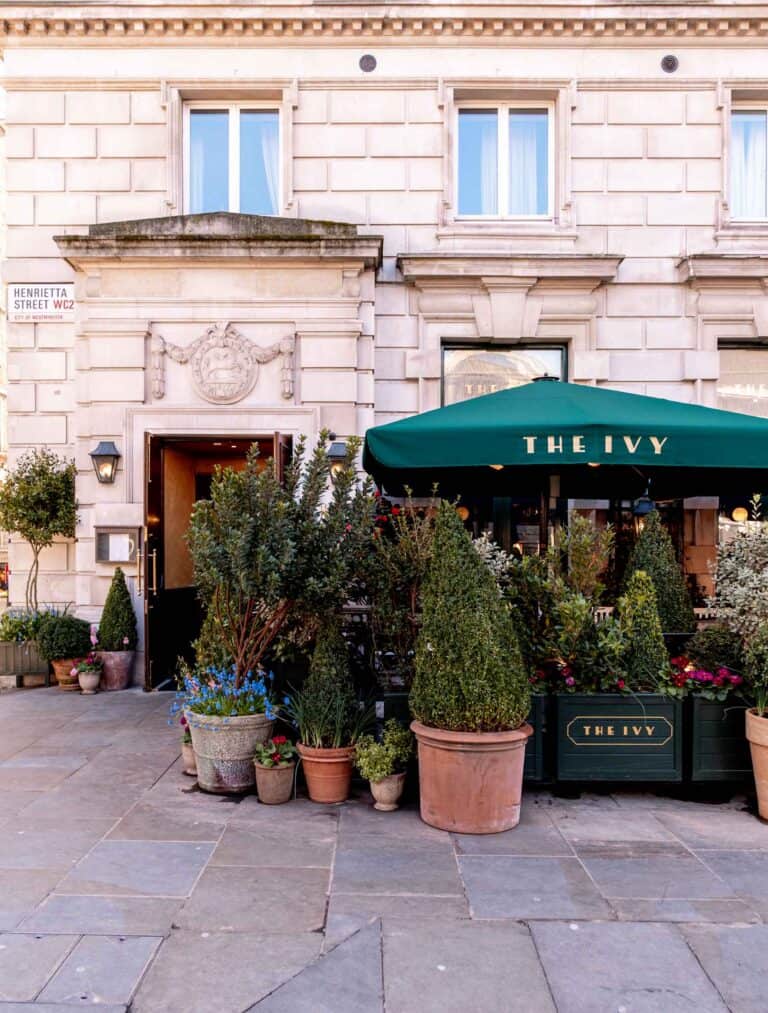 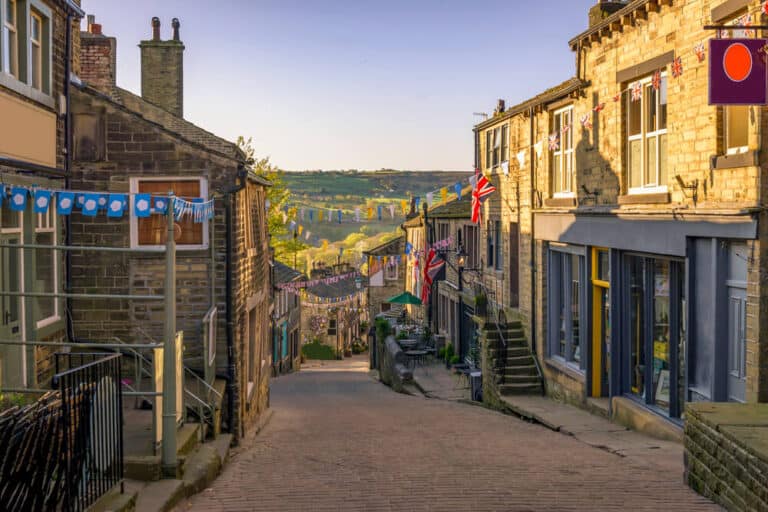 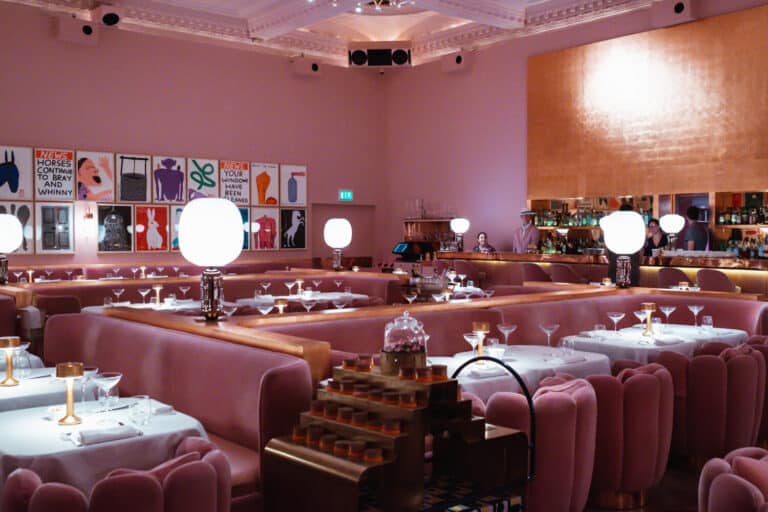 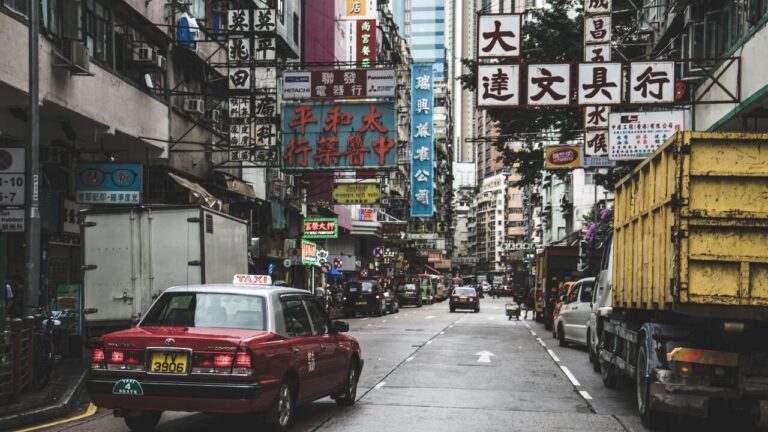