As the largest street festival in London, it celebrates West Indian culture with joyful cheers, plenty of beer, and incredible music.

While you can always expect to encounter thousands of friendly faces and weekend parades, the history of Notting Hill Carnival is what makes it such a special carnival.

Tip: If you’re planning to go to the carnival for the first time, read this Notting Hill Carnival guide on everything you’ll need to know before visiting.

It brings together a culture that was attacked by nationalists. The carnival signifies something much more important than just a party.

What is Notting Hill Carnival?

The Notting Hill Carnival is an annual Caribbean street festival held over the last weekend in August – the summer Bank Holiday and takes place along the streets of Notting Hill.

It’s all about the celebration of the culture, arts, and heritage of Caribbean people.

Buzzing with music, you’ll spot over 70 performing stages, each with its own unique twists and turns. On top of that, there are around 40 static sound systems.

It’s an excellent opportunity to dive headfirst into reggae and soca music.

Once you’ve danced the afternoon away, feast on traditional foods – mainly jerked chicken and curried goat served with flaky rotis. Oh, and of course, you’ve got to treat yourself to an iced cold beer.

The history of the Notting Hill Carnival can be traced back to the period of enslavement. At this time, Caribbean people’s history tied with the pre-Lenten Mardi Gras masquerade balls held by French plantation owners.

These balls prevented slaves from enjoying the elaborate costumes, celebrations and dances.

After the emancipation of slaves, African people created their own traditions, which drew on traditional African dance. Through masquerades, songs and dances, they often ridiculed the enslavers.

Following emancipation in the Caribbean, the people carried on with these traditions of dancing and masquerades – often taking place on the streets.

In the 1950s, there were over 30,000 Caribbean people in the UK due to the SS Empire Windrush’s arrival.

Why did the Notting Hill Carnival start? It served to create solidarity and strength amongst the largest population of Caribbean people in the UK.

The event was a way of spreading joy and love amongst people, which allowed the easing of tensions and provided entertainment for children and families.

When Did Notting Hill Carnival Start?

With a live broadcast on BBC in 1959, she spread the word about a ‘Caribbean Carnival’ taking place in St Pancras Town Hall.

When Was the First Notting Hill Carnival?

Moving from the Town Hall, the first outdoor festival took place on the streets in 1966.

Organised by social worker and activist Rhaune Laslett, she set out to create a space that could be enjoyed by children. Not only that, but she also wanted to include local West Indian residents.

Back when it first started, as a way of sprucing up the event and encouraging locals to participate, Trinidadian musician Russell Henderson performed with his band using steel pans. Locals spontaneously gathered and danced on the streets in rhythm to the steel bands.

In 1979 Wilf Walker organised the first stages, which included reggae and punk bands.

By 1974, there were already over 100,000 people and numerous bands transforming the streets into the event of the year.

Music such as dub, ska, Caribbean reggae and traditional calypso was carried through the air.

Today, you can expect to see around 2 million people who continue to support and celebrate Caribbean culture, history, and traditions.

The carnival served the purpose of bringing together the community and easing tension.

But how did this tension come about? The changing demographic of North London turned it into an international district.

High rates of crime and violence in the area were also contributing factors.

Unapproving white residents and increasing police presence led to clashes, and the local media didn’t help the situation. With unfair claims that the carnival led to crime.

But the festival shows just how much resilience and cultural diversity this interesting part of London holds.

Each year, with a lack of government funding, the carnival continues to grow and create happiness within the community.

Not only that, but it creates a sense of unity and acceptance amongst the people who attend it.

Each year visiting the festival brings new treats and surprises. But there’s a lot more that goes on behind the scenes that we aren’t aware of.

Here are some weird and wonderful facts about the Notting Hill carnival that may take you by surprise:

Every year the streets in Notting Hill come alive with elaborate floats, dancers following the rhythm of steel bands and costumed performers winding their way through the crowds.

As a celebration, it’s worth enjoying the carnival. But its history that ties with enslavement and riots are something that shouldn’t be forgotten.

If you’re planning on visiting the festivities, don’t forget about why it all began in the first place.

Established as a way of easing tensions amongst those displaced by slavery and hostile local residents, the Caribbean carnival is now something that unifies thousands of people.

Now that we’ve looked at the colourful carnival and Notting Hill history, all that’s left to do is enjoy it for yourself.

For a complete parade guide and tips, check out this article on the famous Notting Hill Carnival in London. And don’t forget to add a few quirky activities in Notting Hill to your itinerary too. 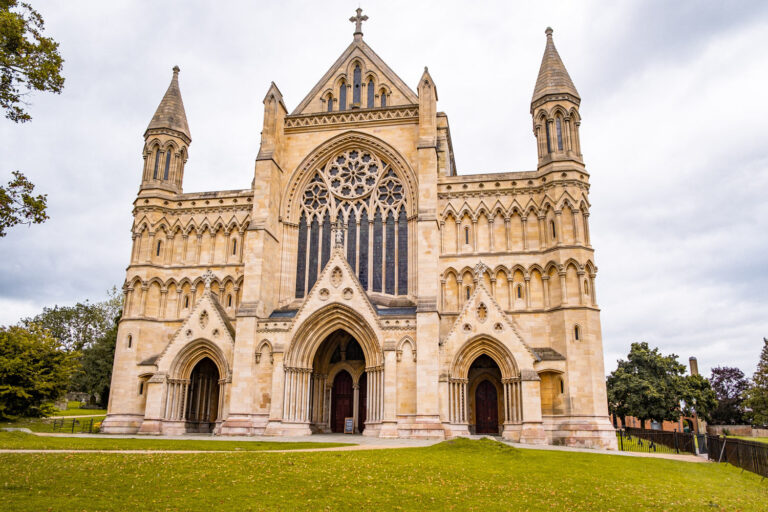 St Albans is a peaceful, small historic city that sits just north of London. It’s a breath of fresh air… 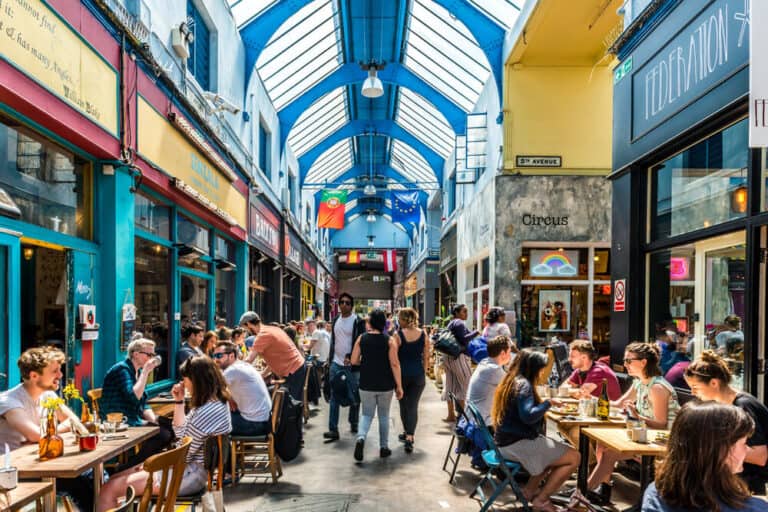 Looking for the best coffee shops Brixton has to offer? Check out these 15 coffee shops and cafes in the area. 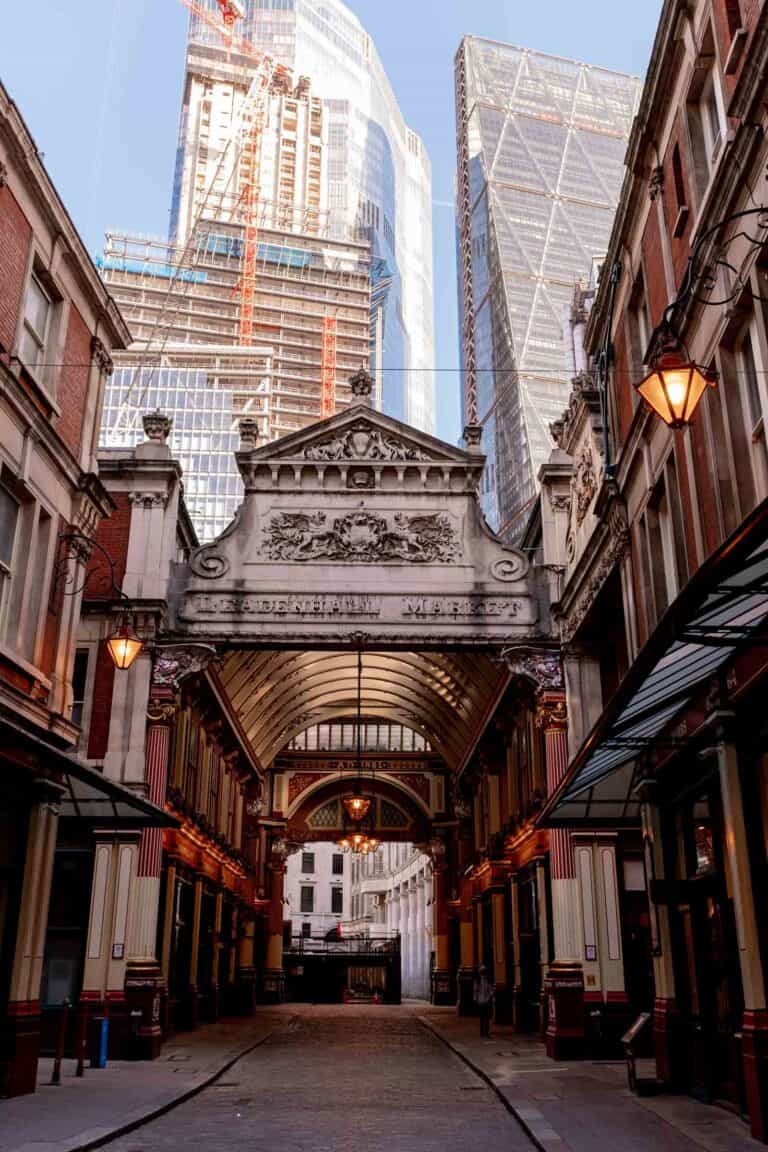 Wanting to explore the beautiful, historic and interesting attractions of Oxford? Then this guide to the best things to do in Oxford is just what you need. 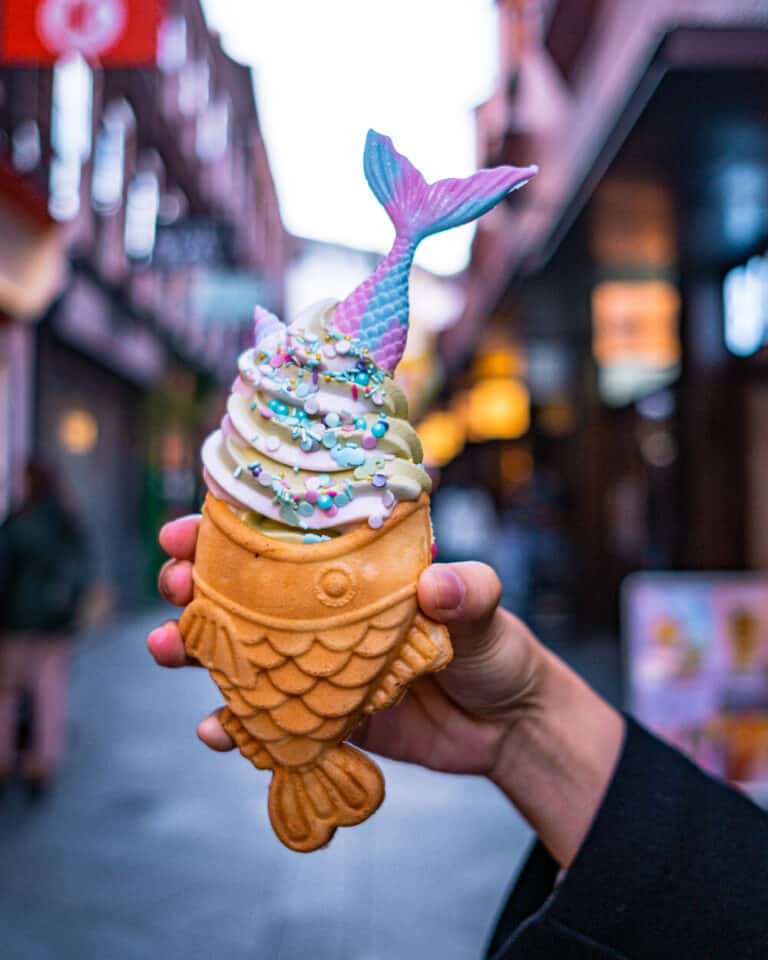 If you’re looking for the best desserts places in Chinatown London, you’ve come to the right place. Here are our… 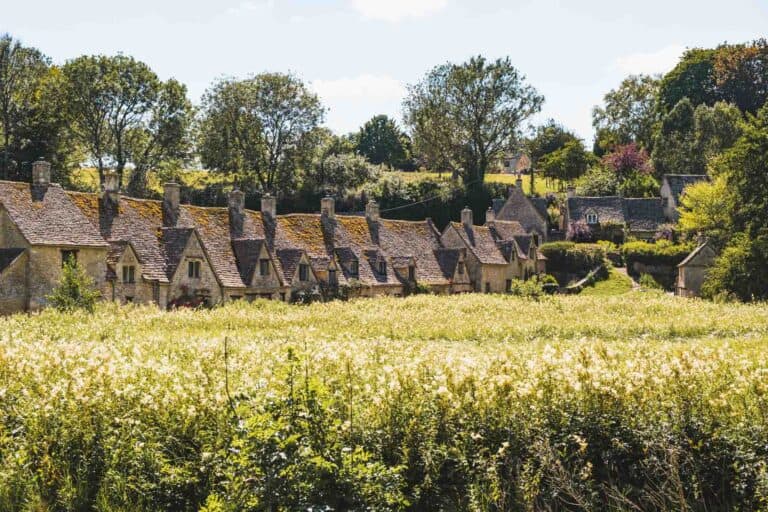