London’s Most Elite Streets and everything you need to know about them.

London is a highly sought-after travel destination, enticing tourists in droves year on year. The city is brimming with curiosities and quirky spots, but what about the posh side of England’s capital?

For those who don’t know, London is one of the wealthiest cities in the world, which means the metropolis is filled with high-end attractions and upmarket neighbourhoods.

So, where can you find London’s most elite streets and lavish houses? First, let’s get into what makes a street in London elite and how I went about choosing the locations in this post.

London’s Most Elite Streets – What Makes a Road ‘Elite’?

In this post, I’ve focused on roads with the highest average cost of real estate. In other words, the richest roads in the city.

These are the most expensive streets in London to live, with record-high property values, making them uniquely exclusive to the upper echelon of well-to-do homeowners.

Many of the richest streets in London are High Streets – which in Britain translates to primary business streets.

These are fabulous places to take a stroll if you want to glimpse the high life or immerse yourself in the buzzing metropolitan culture of the city.

Some of the most expensive parts of London, however, are not on High Streets, but rather quiet, residential roads. These are also a blast to see if you’re keen to peek at the lives of the rich and famous.

It’s important to note, though, that rich streets aren’t automatically more interesting. Some of them are suburban, and limited in the way of nearby attractions.

Many of the wealthy roads have soared in property value primarily due to the historical significance of their respective areas.

Kensington Palace Gardens, for example, is centuries old, adding value to the local properties and millions to their price tags.

According to the Head of Research Gráinne Gilmore at Zoopla, the property portal and real estate company, South East London (where I live) is seeing a significant hike in the price of housing stock.

Keep an eye out for emerging neighbourhoods in the South East if you want to keep tabs on the city’s priciest roads.

If you want to experience the finer things in life (and you’ve got some money burning a hole in your pocket) these illustrious streets in London may be just what you’re after.

But the coolest part about visiting rich neighbourhoods is that it’s an entirely free London activity. Just waltz around town and take a look at how the other half lives.

The average cost per home on this street? Over £40 million! That’s over 160 times more expensive than the average home in London.

Amongst the wealthy private residents of this luxurious road is the Duke and Duchess of Cambridge, not to mention a number of elite business people and ambassadors from around the world.

In 2020, Kensington Palace Gardens ranked the most expensive road in London for the 12th year in a row.

You’ll find lavish homes on Knightsbridge in Central London, not to mention the luxurious boutiques, five-star hotels, and embassies on this expensive street.

Throw in the iconic Harrods departments store and some exclusive banks, and you’ve got Knightsbridge, one of the poshest streets in Britain.

A house on Knightsbridge will set you back around a cool £16 million (brunch money if you have it), which explains some of the street’s famous residents, such as Kylie Minogue.

Campden Hill Road in Kensington, West London, is another of London’s most expensive streets, thanks to its outrageous home prices.

With a hefty price tag of £20 million per average house, this street in Kensington and Chelsea is supremely elite. Kensington is also one of the most expensive neighbourhoods in London.

You can take a stroll down this illustrious road to check out the stately homes and townhouses. Or, if you’d like to see more than just the homes of rich people, you can take the small road called Campden Hill west towards Holland Park.

Ashburton Place is in Mayfair, an upscale district loaded with intriguing attractions for tourists and locals alike. Jimi Hendrix once lived in Mayfair, and you can tour the guitar legend’s home today just minutes away from Ashburton.

That’s not the only attraction near this distinguished street. You can also find famous shopping arcades in Mayfair, with stunning vaulted ceilings and historic, Victorian-era finishing.

You can walk here from Ashburton Place and stop at one of the many high-end restaurants along the way.

Mulberry Walk in Chelsea is one of the up-and-coming prestigious streets of London. While not as historically important as some of the other streets on this list, houses on Mulberry fetch premium prices. The house prices on this street average at about £10 million.

There isn’t much to do on the street itself, but the surrounding Chelsea area is dotted with fantastic restaurants.

Another street with sky-high property prices is Cottesmore Gardens. The property market here is solely for the well-off, boasting generous homes thousands of square feet in size.

The average house price here is upwards of £12 million, and estate agents have no problem offloading these opulent houses to the uber-rich.

Belgravia is one of the most expensive areas in London. The district began as a 200-acre estate built back in the 19th century, in an attempt to rival the Mayfair neighbourhood as a prime retail hub.

Today, the area has more than achieved its original goal. Belgravia is one of the trendiest, most vibrant shopping plazas in the country, replete with famous fashion houses, boutiques, and restaurants.

If you’re the kind of tourist who is always looking for photo opportunities, Belgravia offers an interesting setting.

The grandeur of the houses makes for excellent content for any Instagram story, and your followers might get a kick out of how striking the properties here are.

Final Thoughts on the Most Expensive Streets in London

Hopefully, you’ve found some intriguing roads to visit on our quest for the richest areas in London.

The city has tons to offer, and the wealthy areas are just the beginning of what makes London such a well-liked destination.

5 Free things to do In London by a Londoner, that you need to know if you’re on a budget 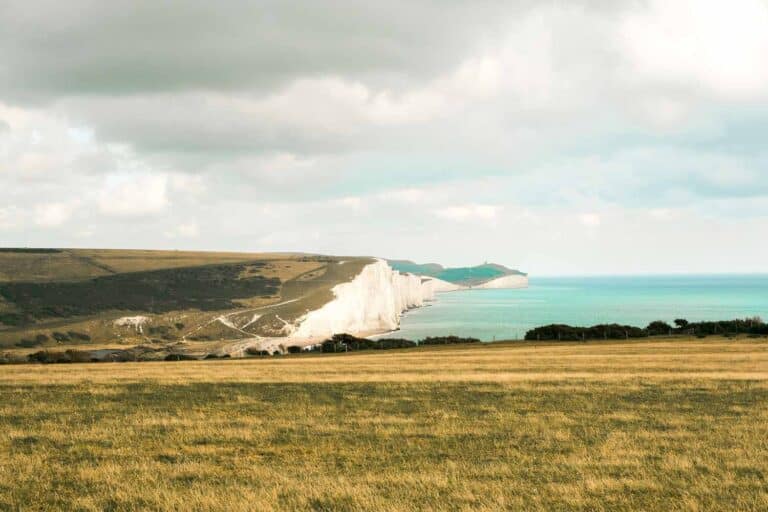 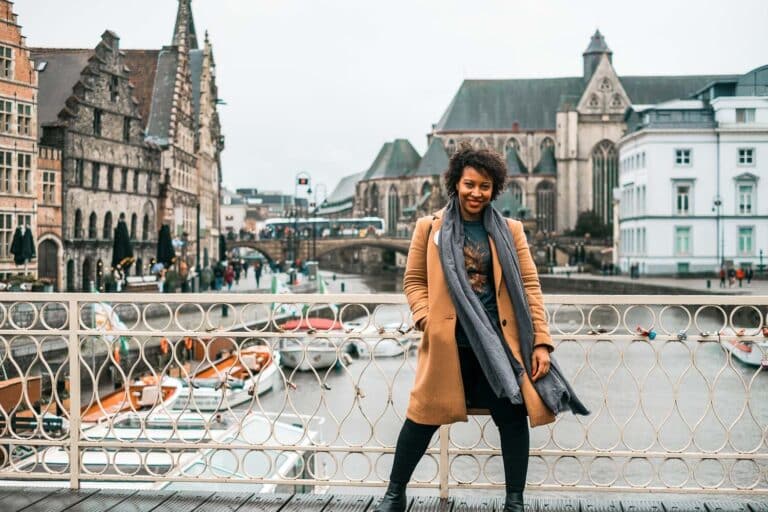 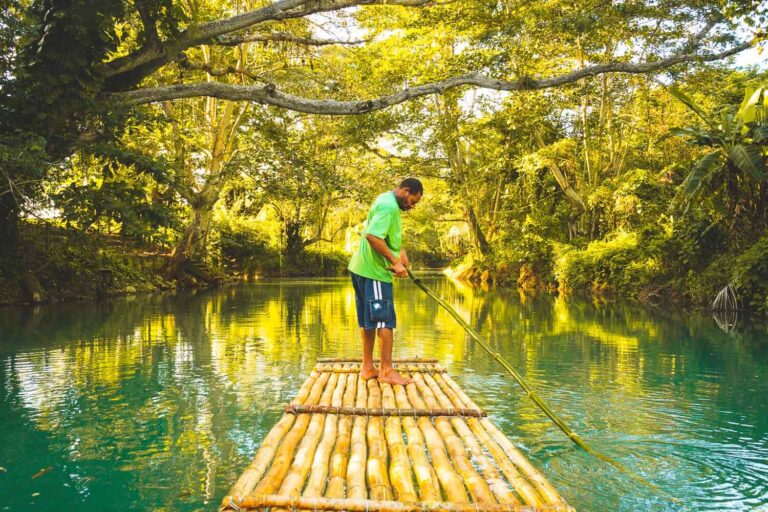 This is the only guide you’ll need to discover the best things to do in Jamaica. 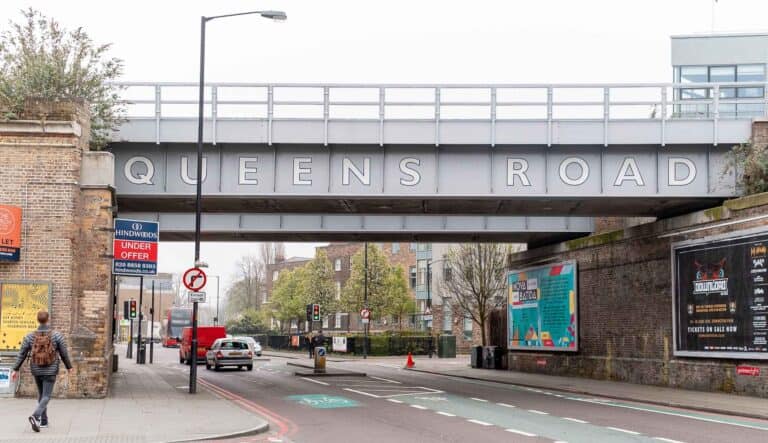 Are you planning a trip to explore South London? Have a look at these things to do in Peckham for some inspiration on what to do. 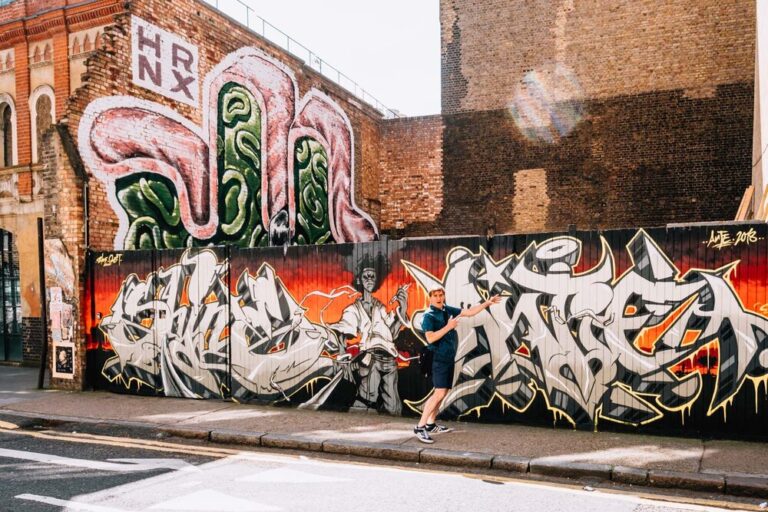 Grab my Shoreditch street art walking tour which guides you to the best street art to see in Shoreditch from Stiks to Banksy, plus more