London. Just the word itself conjures the thought of a world-class shopping experience on its most beautiful, bustling streets in London.

These streets are readily awaiting to satisfy everyone’s budgets, styles, and tastes — even for the fussiest of shoppers.

Explore quaint boutiques and couture on Bond Street and enjoy street-style spotting in Covent Garden. Whether you’re a local or it’s your first time in London, let’s look at London’s busiest High Streets.

This walking tour is perfect for travellers who want to explore the hidden streets and alleyways of London. The expert guide will take you on a journey through time, seeing some of the most interesting sights in London like 7 noses of London and the smallest police station in the world.

What is a ‘High Street’?

In the United Kingdom and Commonwealth Nations, ‘High Street’ is used as a metonym for the primary commercial street (or streets) of towns or cities.

It’s the focal point of businesses, especially for retail department stores and shopping areas in London.

It’s considered the equivalent of ‘Main Streets’ in the United States, Ireland, Canada, and other countries.

Best High Streets in London – Where to Shop in London

If you’re planning a trip to London, well, you’ll be in no short supply of shopping treasures, cafes, restaurants, and lively venues on these bustling High Streets.

So, put on your comfy shoes and get ready to discover some of London’s busiest shopping streets for some high-class browsing.

Oxford Street is by far one of the most famous streets in London and therefore the busiest. It’s located in the West End of London, between Oxford Circus and Marble Arch Underground Station.

It’s considered the heart of the city’s shopping destinations, lined with more than 300 stores, outlets, and shops — and an array of brands from international and local British designers.

It boasts more than 90 flagship stores dotted along the 1.9 km (1.2-mile) shopping street and provides the best places to shop in London.

Some of the best shops on Oxford Street include popular fashion brands such as Gap and Topshop. When you’re here, drop into Londoners’ favourite department stores, including Selfridges, Debenhams, and John Lewis & Partners.

And with over 500 restaurants within walking distance, take your pick at any time of the day, come breakfast, lunch or dinner.

Weekends on Oxford Street can get super busy. So, to keep your sanity in check and to enjoy a better shopping experience, explore this street during the week or in the morning.

Since the 18th century, London’s famous Bond Street has been honoured throughout the globe for its wealth of exclusive brands.

That, and the array of luxury goods, fine art galleries and antiques, jewels, and elegant stores, provide a haven of treasures to choose from.

Set in the heart of historic Mayfair, old Bond Street has become a playground for society’s most fashionable. The shopping street is a sanctum for socialites, celebrities and international jet setters.

You’ll find some of the most prestigious designer names and heritage brands in retail, including Bulgari, Burberry, Cartier, Dolce Gabbana, Hermès, and more.

Here, you’ll also unearth an impressive number of famous hotels, restaurants, and establishments. These include The Royal Academy of Art, The Ritz, and Sotheby’s (the world’s oldest auction house).

From Oxford Street, Regent Street curves south to Piccadilly Circus, next to Carnaby Street. It’s arguably one of the most famous retail shopping streets in London.

Other notable stores you should not miss on bustling Regent Street is the Burbury and Barbour flagship store. Be sure to pop into the oldest toyshop in the world, Hamleys Toy Shop.

It’s also a hop, skip, and a jump from Oxford Circus and Piccadilly Circus Tube stations. You’ll find an eclectic mix of lifestyle and fashion shops here too.

With The Rolling Stones and Jimi Hendrix’s help, Carnaby Street shot to fame in the Swinging Sixties.

Another popular store not to miss is ‘The Kooples’ where you’ll find French fashion with a rock’ n roll twist.

When you’re not filling your shopping bag, and you’ve worked up an appetite, choose from more than 60 independent restaurants, English pubs and cafes to enjoy a delicious meal. Some popular ones include Flat Iron, Soho Grind, Island Poké, and Dishoom.

Often referred to as the UK’s Time Square, Piccadilly Circus is one of London’s most colourful public spaces.

It’s also connected to one of London’s busiest shopping streets, receiving a high amount of traffic each day. The bustling road and junction stretches from the City of Westminster to Mayfair.

If you’re shopping in central London, Piccadilly is the go-to street. This iconic road is popular for its beloved department stores, royal parks, and world-class museums.

It’s also a photographer’s dream, and the street is packed with incredible photo opportunities, so don’t forget your camera.

Tip: Piccadilly and Piccadilly Circus can get rather crowded. To avoid the hustle and bustle, try to arrive early.

Located in the heart of the city centre, Tottenham Court is one of London’s busiest streets. It spans almost 1.2 km, leading to Oxford Street and Charing Cross Road.

In the 1900s, the street was best known for its many electronics and furniture shops.

Today, the road is teeming with popular outlets to provide you with an array of retail therapy options.

If you’re an interior designer or simply looking to brighten up your home, you’ll be in heaven with the number of design stores available — from BoConcept to Heal’s, Habitat to West Elm, and more.

There are a number of attractions, restaurants, cafes, and hotels along this road, and it gives visitors easy access to the heart of the capital.

Tip: The bustling road can get extremely busy, so its best be avoided during rush hour times, if possible.

If you’re on the hunt for some high-street regulars, trendy boutiques, and designer shops, King’s Road will tick all the boxes.

There is also a vast range of quaint cafes and eateries where you’re bound to find what you’re craving on the menu.

If you’re walking down King’s Road, make sure you check out some of the best shops in London, such as Vivienne Westwood’s shop and stalls at the Chelsea Antiques Market.

If you’re keen on a shopping spree with the kids, take them to Trotters for a fresh wardrobe and a haircut.

Dating back to the 19th century, it’s one of London’s oldest markets and is renowned for its antique stalls, attracting celebrities like Elton John and Meghan Markle.

On Saturdays, the market is in full swing, with over 1,500 stalls overflowing with spoils. Here you’ll find vintage clothes, street foods, arts and crafts, trinkets, and dazzling jewellery.

The market’s main trading day is Saturday, so to beat the crowds, arrive early.

Otherwise, it’s also open during the weekdays, when you’ll get to experience the delicious fruit and vegetable stalls and other bric-a-brac.

Keep in mind, not all vendors along this busy street accept credit cards, so it’s best to bring cash.

I suggest taking a Notting Hill walking tour to discover the bustling Portobello Road Market for some of the best places for shopping in London.

While you’re here, grab your camera and snap some fun pictures in front of the famous colourful doors.

Once you’ve worked up a storm, enjoy a messy ‘Mad Boom’ burger at the Boom Burger Restaurant. There’s plenty to see and do along this busy shopping street in Portobello.

Brick Lane is a vibrant, bustling street in the centre of London’s Bangladeshi community, on the East End.

The busy street is sprawling with multicultural history, perfect for fashionistas and anyone looking for the best London shopping spree experience. The area is famous for its independent shops, creative vibe, curry eateries, and a lively street art scene.

With a diverse range of vintage and high street clothes stores, you’ll be forgiven for missing the culinary pleasures on display during the retail frenzy.

Embark on a street art walking tour to discover East London’s diverse creativity and learn about the historical events that shaped Brick Lane.

Located in London’s north-northwest, Camden High Street is a 900 m long stretch of road in Camden Town. It offers an eclectic mix of cuisines, markets, and live music venues.

It’s a colourful and funky street that features two music venues and other hole-in-the-walls. KOKO’s Club, the former Camden Palace, is where Madonna performed her first UK gig.

While you’re walking down this bustling street, visit the Jewish Museum. Don’t miss out on Camden High Street’s best spots and embark on a tour with a local host.

There’s plenty to see and do along one of the busiest shopping streets in London.

If you’re keen on some good shopping in London, UK, Clapham High Street will provide you with a number of shops, restaurants, amenities, and more. Located in the southwest of the city, it’s an idyllic place to spend a weekend.

From markets to festivals, you’ll find plenty of things to do on this busy high street – for tourists and locals alike.

Visit Clapham Common for a peek into paradise. Dotted with trees and flowers, it’s the perfect place to picnic on a hot summer’s day.

If you’re here to do some London city shopping, head to Venn Street Market. It’s open every Saturday and highlights delicious baked goods and sweet treats from around the world.

Clapham is no stranger to artworks. You’ll find incredible murals around the area, such as on the High Street; you’ll find RONE’s mural called The Blight or the exquisite wall art on the front of Fu Manchu Bar. So, while you’re shopping, take a detour to explore this colourful street.

Located at the heart of Battersea in South London, Northcote Road is another one of London’s lively shopping streets, teeming with eateries and bars.

It’s nicknamed ‘Nappy Valley’ because of the affluent, young demographic who flock to this area. Here you’ll find an array of shops selling a mixture of jewellery, clothing, cakes, arts and crafts, and everyday items.

If you walk south down the street, you’ll come to discover the famous Northcote Road Antiques Market. If you’re up for baking, decorate your own handmade biscuits at Biscuiteers or indulge in some pre-baked cookies in the shop – they also make a divine cup of tea.

A Footnote: Best Shopping in London on the Busiest High Streets

London is a shopper’s paradise, with everything from sassy street markets, charming boutiques and mega malls.

From the busiest shopping area in Oxford Street to the famous Harrods department store in Kingsbridge, London attracts its visitors for its high-end shopping.

Exploring London’s busiest High Streets allows you to experience the true essence of the city.

Now that we’ve covered these bustling streets, grab your best camera, and embark on an adventure to discover some of these popular shopping streets. 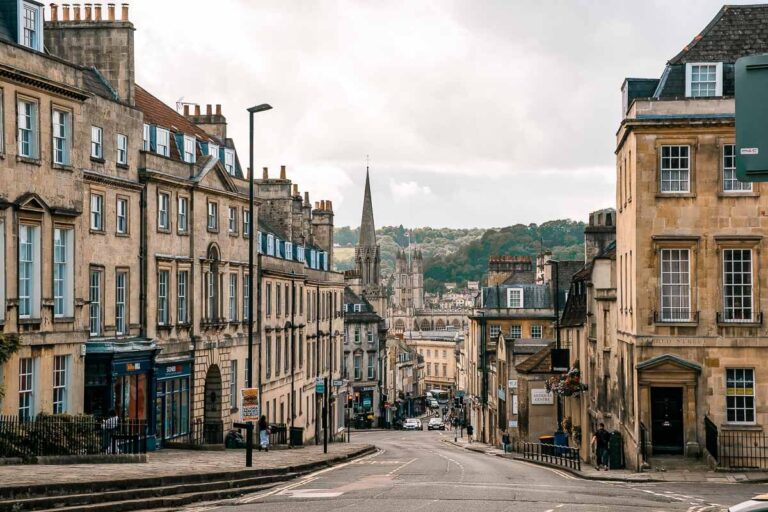 Looking for the best day trips from London by train? There are beautiful destinations just a short ride away from Cambridge to Mersea Island. Read to find out where you should be heading! 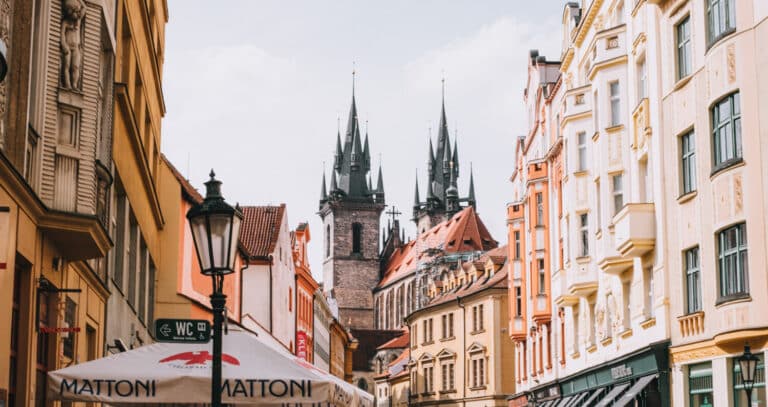 One of the most satisfying elements of travelling is documenting your experience along the way. Looking back on the photos…

Here are a list of travel tips for Marrakech, I wish I had known before my first visit to Marrakech.

Planning a weekend or day trip to Rye, East Sussex? Check out this ultimate guide to exploring this Rye getaway from London. 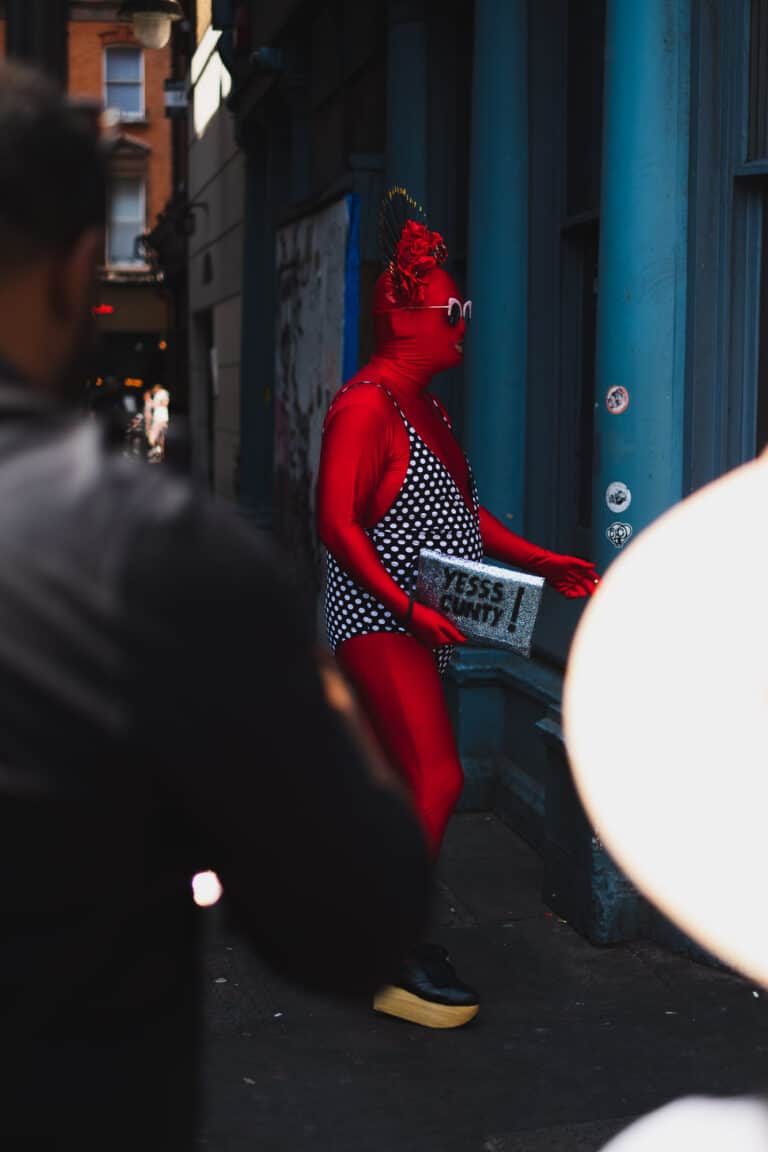 Photography with Unsplash Photowalk in London Chinatown and Soho