With over 1000 years of history, there’s no doubt that Borough Market is one of the top food markets near London Bridge.

If you’re looking to go on a culinary adventure, then this is the place to be. You’ll find everything here, from British classics to international dishes from across the globe.

It’s also the perfect place to stock up on fresh fruits and vegetables.

Whatever your taste buds fancy, you’ll probably find it here at the London Borough Market. From handmade chocolate truffles, freshly baked macarons, cheeses and wine – they’ve got it all.

Here’s everything you need to know about this popular food market near London Bridge.

It’s hard to pinpoint the exact start date of the Borough Market, but historians believe that it originated sometime in the 10th century. The earliest mentions of Borough Market are found in the Heimskringla, a collection of sagas recorded by Scandinavian kings.

The Heimskringla mentions a great market town known as Southwark during Norwegian king Olaf Haraldsson’s invasion of England in 1014. Some historians, however, believe that the Borough Market was in existence long before the 10th century.

Official records say that the Borough Market began with the building of London Bridge that was meant to connect the walled metropolis of London, which was located on the north bank of the River Thames with its southern neighbour Southwark.

Southwark had a totally different feel to London and had its own way of life and set of rules. Here you could find hawkers, craftsmen, pubs and stalls selling various goods.

During the 11th and 12th centuries, Borough Market was one of two official marketplaces around the Southwark Borough. The smaller of the two markets was open three days a week and mainly sold corn.

After a fire rampaged through the area in 1215, both markets moved and combined to form a large market at the foot of London Bridge known as Guildable Manor.

In the 14th century, things changed when Southwark became an extension of London, and the market was allowed to run from Monday to Saturday.

During the 16th and 17th centuries, Southwark became a hive of activity. It was London’s commercial district where you could find everything from leather, soap and felt.

It became evident that as London’s population continued to grow, it would need a bigger market to keep up with the city’s demands. Thus, the Borough Market was moved to its current location in 1756.

Much of the current market building that you see today was built in 1851, with further expansions taking place in the 1860s. The art deco entrance that adorns this London Bridge market was added in 1932.

Today it is a hive of activity open six days a week selling a range of fresh produce and delicious foods. At some restaurants and food stalls, there are even queues where customers can wait up to two hours to grab some of the incredible offerings of this street food market in London.

What is Borough Market Famous for?

The London Bridge Borough Market is a booming street food market that has over 100 stalls. You can find everything here from meat, fish, and a variety of fresh produce. You’ll also find other things like freshly baked goods, cheese, wine and much more.

There are also numerous restaurants in Borough Market that serve up the tastiest dishes from around the world.

Borough Market prides itself on being a beacon for sustainable food production and for supporting artisan food creators. It attracts millions of people every year and is a popular hang out for both locals and visitors.

Why Should You Visit Borough Market?

Borough Market is one of London’s top places of interest that you should visit. For the simple fact alone that it has been in existence for over 1000 years, it should be on your London itinerary.

In addition to this, there’s a restaurant, cafe or stall that will have something to tickle your taste buds. Here you’ll find some of the best brunch in London Bridge, tempting desserts, savouries and drinks.

If Borough Market’s impressive resume wasn’t enough to convince you to visit, then maybe free samples might entice you.

With over 100 stalls available, it might be a real challenge trying to decide what to buy and what to leave. Luckily, many stalls offer a try-before-you-buy sample that will help you make your decision.

You’ll get to taste everything from ice cream to goat’s cheese and flavourful paella.

What Food Should You Try at Borough Market?

Here are some of the best Borough Market restaurants and stalls that serve delicious foods that you should not miss.

Neal’s Dairy Yard is basically Borough Market royalty. It’s one of the veteran shops that helped bring the Borough Market back to life. If you’re a cheese lover, you need to visit Neal’s.

They have over 70 cheeses from across the UK and Ireland. You’ll find everything from the English blue cheese, Stitchelton to Gruyere and creamy Brie.

They also offer a two-hour cheese tasting where you can learn to curate the perfect cheeseboard. The cheeses are accompanied by a delicious selection of cold meats, nuts, bread, chutneys, dried fruits, nuts and two delicious glasses of wine or beer.

For the best artisan bread, cake and pastries, head to Bake Ahead. One thing that they are ironically known for is not their bread but their delicious doughnuts.

Filled with cream and other mouth-watering fillings, they are not to be missed. You can wash them down with a freshly brewed cup of their specialty coffee.

If you’re a lover of Spanish food, then be sure to check out Brindisa. They serve some of the best sandwiches in London. Their best seller is their chorizo roll. Top-quality Spanish chorizo is grilled to perfection and then stuffed into a freshly baked ciabatta roll and topped with scrumptious fillings.

At Brindisa, you’ll find a number of other items, including serrano ham, iberico, seafood and Spanish cheeses. They also serve a yummy selection of Spanish tapas.

If you’re craving pasta then you will enjoy a meal at Padella. This Italian restaurant serves up all of your favourite pasta dishes, and the best part is that the pasta is handmade daily.

Enjoy anything from pappardelle with slow-cooked meat or ravioli with herb butter and goat’s cheese. While you might have to queue here, it will be well worth the wait once you take that first bite of pasta.

Their best seller is a Moong daal dosa. It’s a spicy potato and lentil pancake served with channa chaat – a white chickpea. If you’re a vegetarian or vegan, this is one of the best places in London where you can grab a tasty veggie-based meal for a reasonable price.

For classic British roasts, make your way to Hobbs Roast Meat. Here you can tuck into pork crackling with apple sauce, turkey breast and cranberry sauce, along with salt-roasted meat.

Their roasted meats also come served in baguettes, wraps and burger buns. Hobbs is one of the places where you might have to queue, but it will be totally worth it.

Bringing a taste of Thailand to London is Khanom Krok. They serve traditional Bangkok street food, which includes world-famous Pad Thai. Then there’s also sticky mango and coconut rice on offer if you’re after a classic Thai dessert.

For French and Italian classics, grab a seat at Elliot’s. This wine bar and cafe is one of the best spots in Borough Market. They offer a range of sharing plates as well as meals. One of their most popular sellers is their juicy cheeseburger,a firm favourite around lunchtime.

What Should I Not Miss at Borough Market?

Here are a few other places that are worth checking out:

Chocolate lovers will go crazy at Rabot. Founded by the creators of Hotel Chocolat, chocolate creeps its way into every dish at this restaurant. It started out as an experiment where chefs would enhance the flavours of British classics with chocolate.

The result was met with unprecedented success. One of the best sellers is the lamb rump marinated with cocoa nib and glazed with chocolate. It’s served alongside white chocolate mash, which in theory shouldn’t work but does.

As you may have guessed from the name, you’ll find fresh oysters at Richard Hawards. Grab a seat here while you wash down freshly caught oysters along with a glass of white wine.

Here are the answers to some frequently asked questions regarding this London Bridge food market.

Where is the Borough Market Located?

This iconic fresh food market is situated in the London Borough of Southwark. It is near to some of London’s top landmarks and attractions, including the Clink Prison Museum, London Bridge and one of London’s most stunning buildings, The Shard.

What Day is Best for Borough Market?

Since Borough Market is one of the best markets in London, you can visit it on any day all year round. It is important to note that not all of the stalls are open on Mondays and Tuesdays. It is, however, best to visit during the week, as it gets very busy on a Saturday.

Most of Borough Market is undercover. However, there are some areas that are exposed.

Is Borough Market in the Congestion Zone?

Yes, it is in the congestion zone. So, if you plan on driving to Borough Market, you will be liable to pay The Congestion Charge.

The Congestion Charge was introduced to reduce the amount of congestion and pollution in London’s central area. The charge applies seven days a week between 07:00 and 22:00. The cost is £15 for the whole day.

Tip: You take public transport if you plan on visiting the Borough Market to avoid this charge.

What Days is Borough Market Open?

Borough Market near London Bridge is open from Monday to Saturday. Not all of the stalls are open on Mondays and Tuesdays, but the market is fully operational from Wednesdays to Saturdays.

How to Get to Borough Market

There are a few ways to get to the Borough Market:

By Tube and Train

The Borough Market area is serviced by the Northern and Jubilee underground tube lines as well as train lines all over London.

The nearest tube stations to Borough Market are London Bridge Station, Borough Station and Southwark Station. All three stations are within 4 to 8 minutes’ walking distance from the market.

Borough Market can be reached via four bus routes: the 43, 141, 149 and 521. There are numerous bus stops in and around the Borough Market area, including Southwark Street, Borough High Street, and the London Bridge Station.

Alternatively, you can always hop in one of London’s iconic black cabs or an Uber to take you directly to the Borough Market in Southwark Street, London.

There you have it – a complete and thorough guide of Borough Market. With over 1000 years of history, it’s no wonder then that it’s one of London’s treasures.

Whatever your taste buds are craving, you’ll find it here at Borough Market. So be sure to make a stop at one of the best food markets London has to offer. 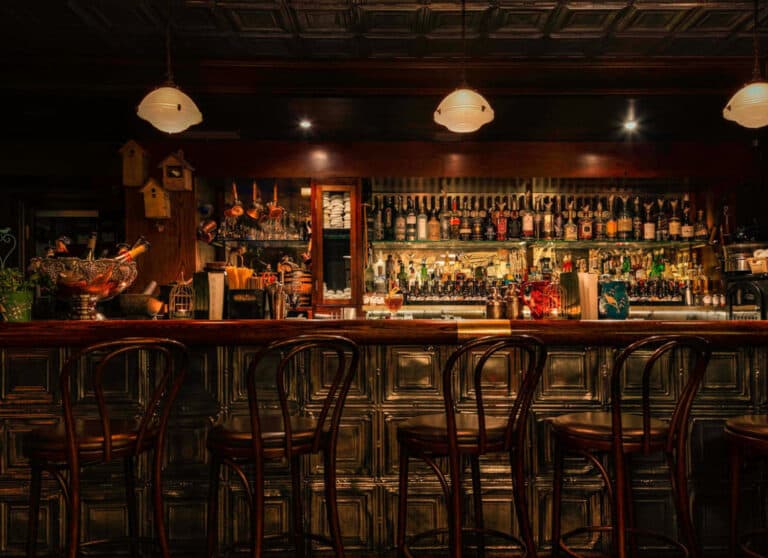 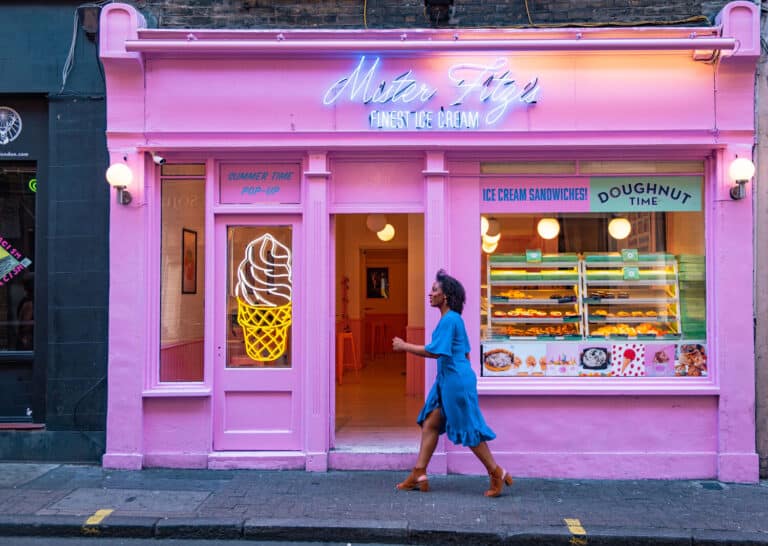 Looking for the most Instagrammable desserts in London? Check out these top dessert places in Central London, Covent Garden, Shoreditch, & more.

The best beaches in Ocho Rios Jamaica to visit, by a Jamaican. These are secret beaches that most tourist don’t know about 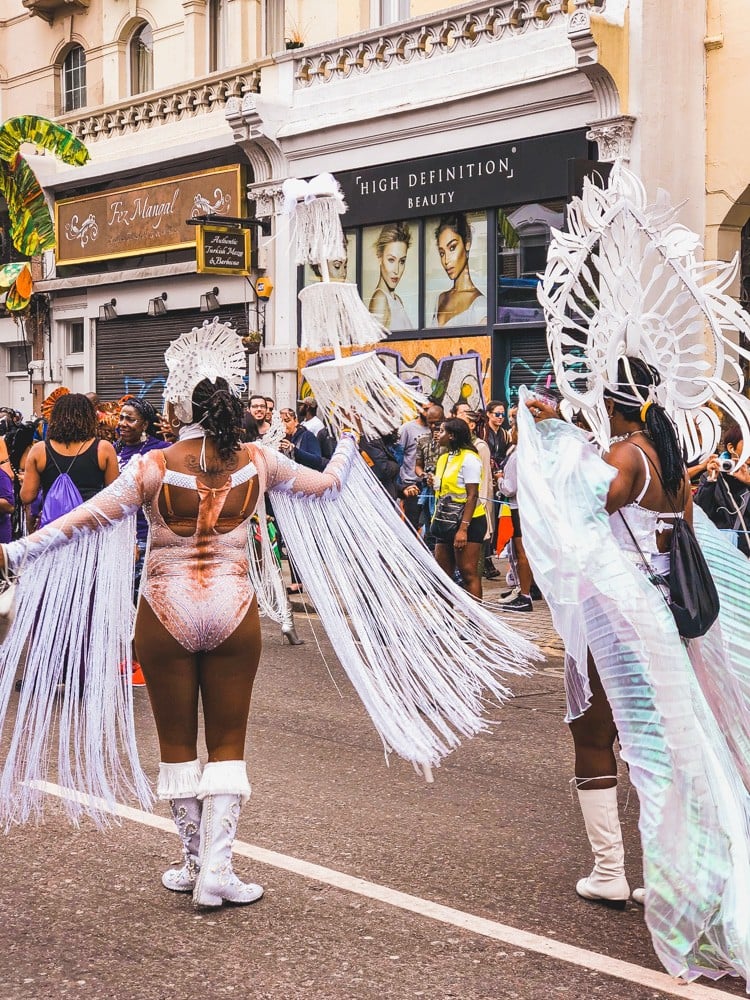 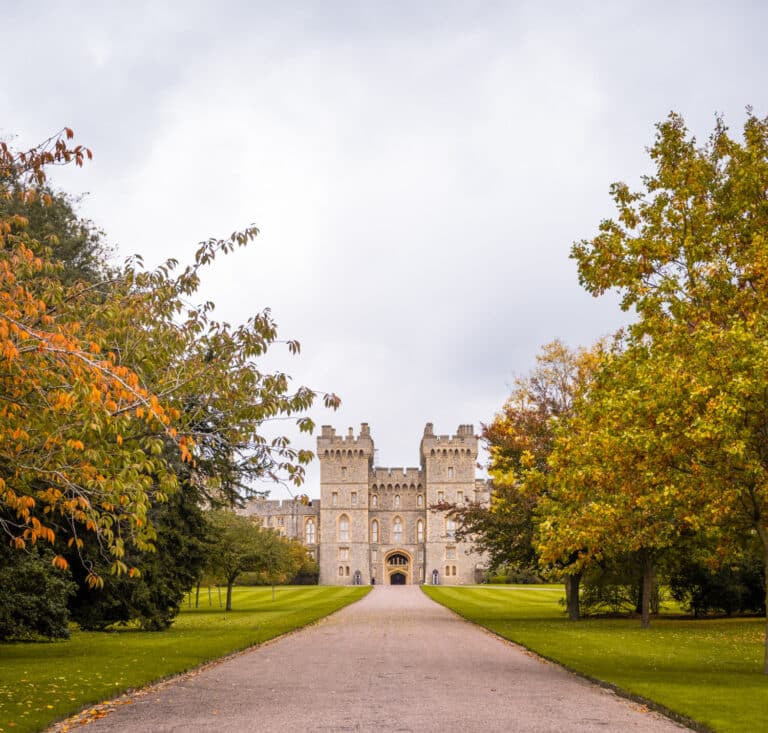 30 days trips from London be it solo, road tripping or with a guided tour and I’ve loved them all. 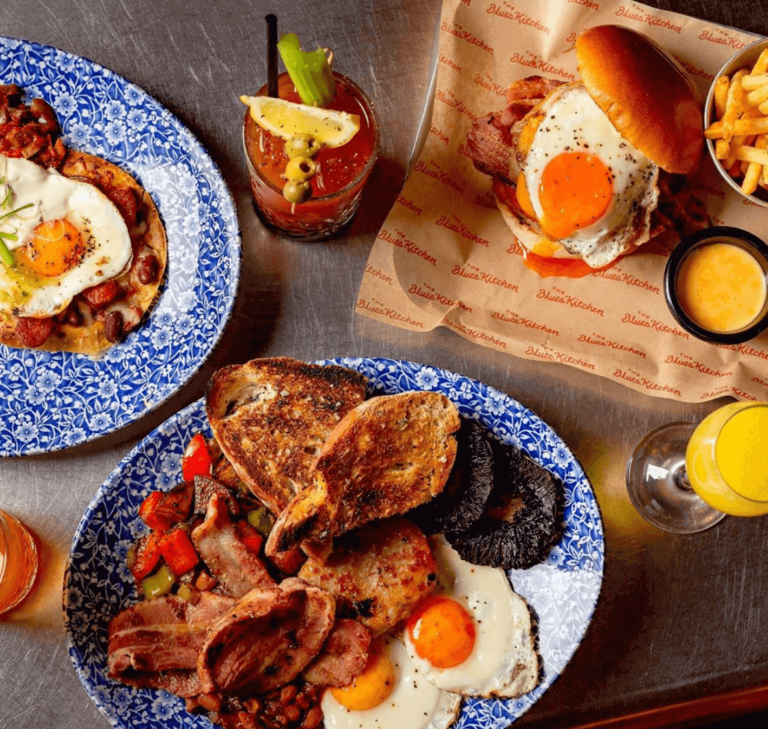 Enjoy delicious food and drinks with some of the best Bottomless Brunch Shoreditch has to offer.