The Ouse Valley Viaduct stands just south of the town of Balcombe and north of Haywards Heath in Sussex County, England. It is considered an engineering marvel, not least for its striking appearance.

As a visual spectacle, it is one of the most breathtaking viaducts in England. It’s popular among tourists and locals, and especially those keen on a unique holiday photograph.

In engineering terms, a viaduct is a long bridge intended as a rail or roadway over a valley or gorge, connecting points of land.

What makes a viaduct a viaduct (and not just a bridge) are the components of its structure. A viaduct is supported by a series of equally spaced arches or towers.

Bridges are usually over bodies of water and are more diverse in their construction. A simple way of looking at it may be: All viaducts are bridges, but not all bridges are viaducts.

The Ouse Valley viaduct is popular as an opportunity for a unique photo opportunity. Many couples fancy a pic under the arches of the viaduct. Yet the site seems untouched by cynical commerciality – you have to walk through a farmer’s field to get there, after all.

Let’s take a closer look at the Ouse Valley Viaduct, one of West Sussex’s prettiest architectural attractions, which also makes a fantastic day trip from London.

The Ouse Valley Viaduct was built between 1838 and 1841 as a railway route and still serves around 100 trains per day.

It was constructed as part of the direct rail line system between London and Brighton. Because of the geographical challenges, four tunnels and the viaduct were required for the route.

The viaduct remains by far the most visually stunning feature of the route.

It is extraordinary for several reasons. Perhaps the most well-known is the sheer amount of bricks that were used to build it.

It is estimated that 11 million bricks were used in the building of the viaduct, though it is hard to find anyone who actually claims to have counted them.

The structure is sometimes referred to as the Balcombe Viaduct – Balcombe is a nearby West Sussex Valley village. Confusingly, some also refer to it as the Haywards Heath Viaduct, though that town is further away.

The viaduct crosses the Ouse River, using 37 arches as its supporting structure. The arches feature pierced architectural piers. The arches are 9.1m across in size.

The piers, pierced by 3m vertical voids or gaps, complete a design that looks elegant and graceful, complimenting the overall warmth of the red brick.

Why You Should Visit the Balcombe Viaduct

Quite simply put, the visual marvel that is the viaduct makes it an excellent stop to just pause for a moment in the wonder of superior British engineering. Once you know some of the facts above, it’s even more astounding.

Visitors love to take photos here, especially within the arches. It could also be a romantic detour, and many take the opportunity to picnic there on warmer days.

Things to Know Before You Visit

The viaduct can be seen from a short distance away if you’re not keen to leave your car behind. But to get to the base of the bridge itself, you will need to cross a farmer’s field on foot.

With all the people visiting, it’s surprising that the farmer doesn’t seem to mind, as long as you don’t damage the crops.

Be advised that the ground here gets exceptionally muddy. This is farmland, after all. You may want to bring along a good pair of wellies or at least hiking boots for the short walk, or if you’re planning on doing one or more of the circular walks (see below).

How to Get to Ouse Valley Viaduct by Car or Train

Wanting to experience the viaduct as intended? Take a train! Depart from London’s Victoria Station and head south to arrive at Balcombe Station. Tickets start at around £10-14 and the ride takes around an hour.  From Balcombe, it’s a pleasant 3.5km walk to the viaduct itself.

You could also opt for a longer 13km walk, if you choose to leave from Haywards Heath Station, which is just 8km from Balcombe. Either way, it’s a pleasant route, taking in the sights of the reservoir, the viaduct and everything in between.

Getting there by car is easy as well. Take the A23 south out of London, joining up with the M23. It takes 80-90 minutes through Croydon, skirting east of Crawley.

Driving instead? The best official parking spot is Ardingly Reservoir car park. From here it’s a short 1km walk to the viaduct.

Some take a chance at parking along the road, closer to the viaduct. But this isn’t recommended. It’s undesignated and inconsiderate for other road users. There’s also the chance you may be fined or towed.

While a warm sunny day would be an apparent time to visit any outdoor site, many visitors to the viaduct seem to arrive in the mid-morning.

Those looking for a more spectacular display of colours and shadow might wait for the afternoon – just after lunch.

This will also be a slightly less busy time, as the afternoon generally seems less crowded around the viaduct for some reason.

How to Get Epic Photos of Ouse Valley Viaduct

Whether or not you’ve snapped a great photo is somewhat subjective. But there are preferred options for making the most of the location and situation. In the case of the viaduct, try the following:

For more tips, check out my guide on improving your mobile photography skills to take better travel photos.

Walks from Balcombe and Haywards Heath have been mentioned. Let’s take a closer look at some of these walks around the Ouse Valley Viaduct and the nearby Ardingly reservoir and reserve.

This pleasant circular Balcombe Viaduct walk starts at the Ardingly reservoir car park. It’s a car park shared with the visitor centre, so it may be a little busier during tourist season.

The walk heads south towards the river and then along the water edge to the viaduct.

After a while, the route turns towards Rylands Fram and then onto the Stonehall cottages. You can pick up some light walking trails back to the car park to complete the circular from that point.

Starting at the same Ardingly reservoir car park and following the initial walk south and along the river, this walk then continues onto Balcombe.

You’ll be ambling around the reservoir and its reserve. It’s an excellent opportunity to catch some of the river-based wildlife, especially birds.

Kingfishers are commonly seen, as well as crebes. It’s a slightly longer walk without being too strenuous. And of course, you can always stop in the village for a break.

For serious walkers, a longer 16km walk could be a fantastic way to spend the day. This one starts in the nearby town of Cuckfield, meandering past Borde Hill Gardens. Cross the Ardingly branch railway line and head down into the Ouse Valley itself.

As a fine example of a great Sussex County bridge in the heart of the south country, the Ouse Valley Viaduct is indeed one of a kind.

It’s also uniquely quaint in that it can be experienced on a day trip from London via train, as it was perhaps intended.

But its main point of popularity is as a photographic location. Sitting in its arches has become one of the must-dos for local visitors. Yet, it remains somehow exempt from the commerciality of other tourist attractions.

So, pay a visit to the River Ouse in Sussex, and make a point of finding just the right time of day, and the right angle, from which to snap this marvel of 1800s architecture. 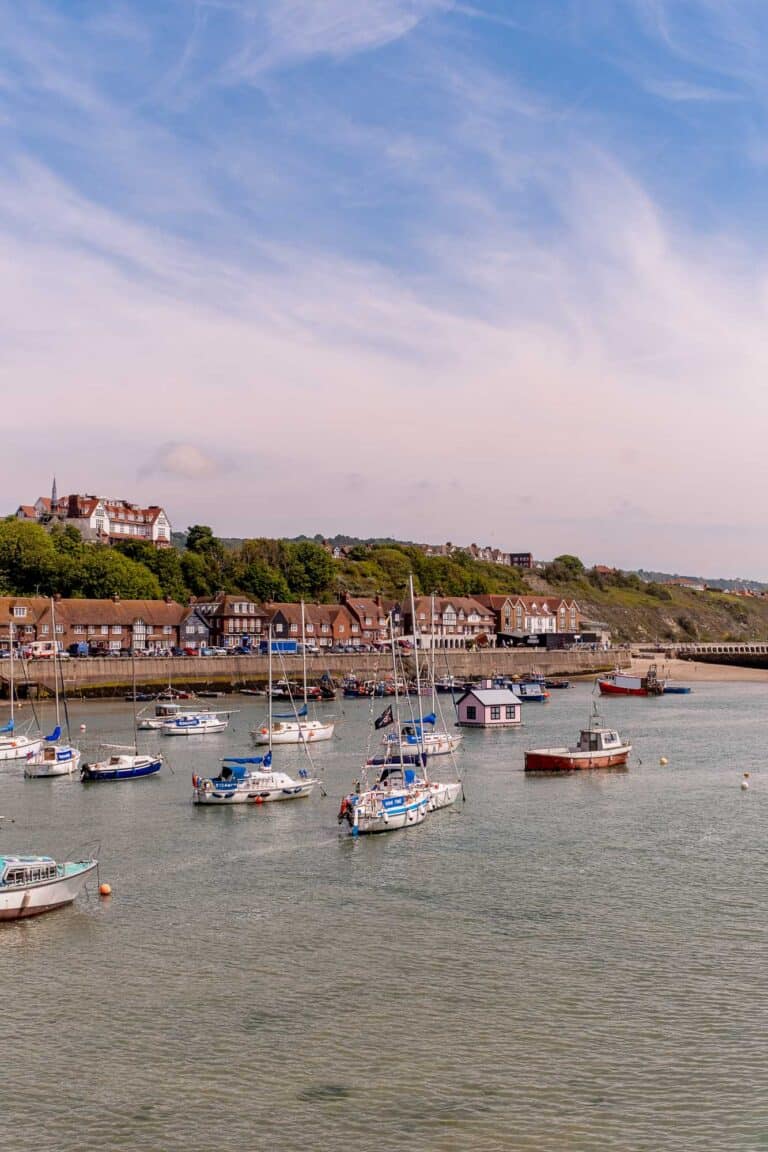 Looking to spend a few days basking in the sun? Here are 17 of the best beach day trips from London for some summer fun. 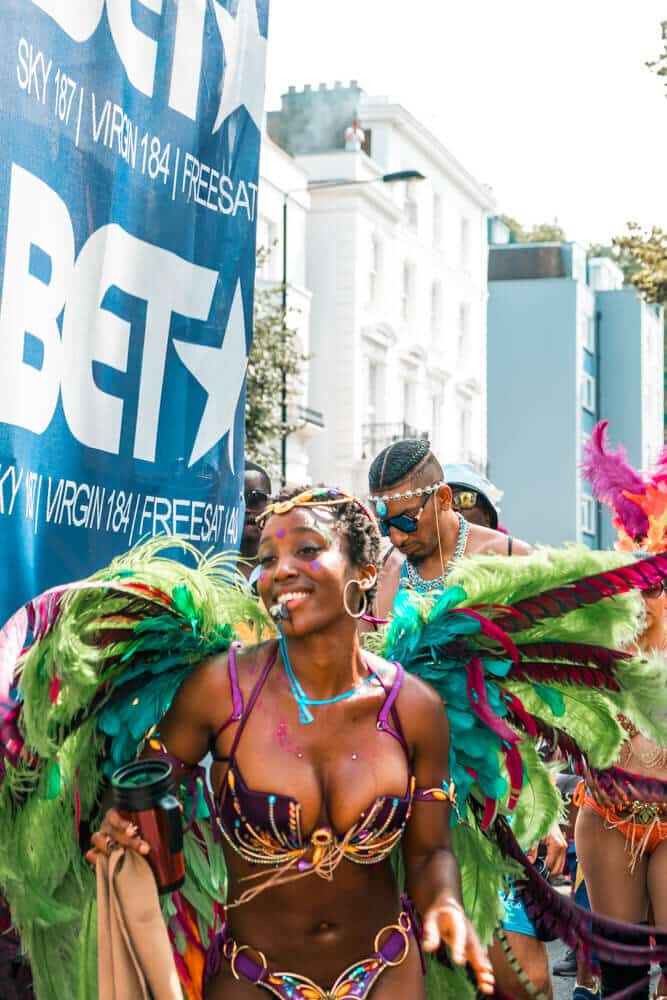 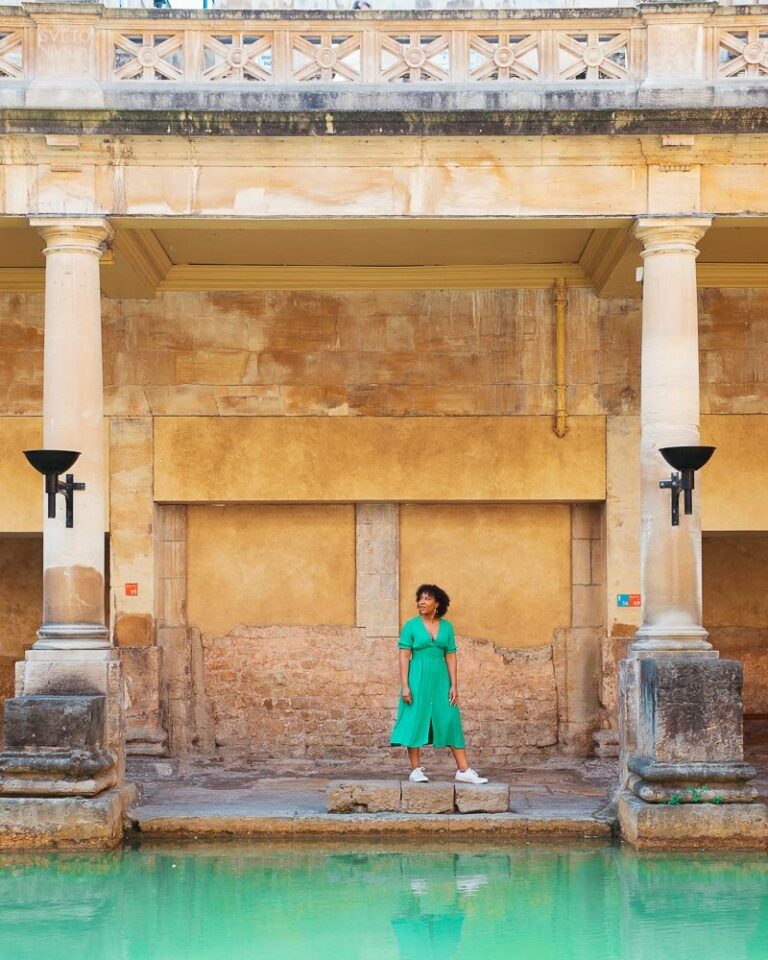 Looking to discover the best UK city breaks? I covered the best towns to visit & activities to treating yourself to an adventure or relaxing UK weekend away. 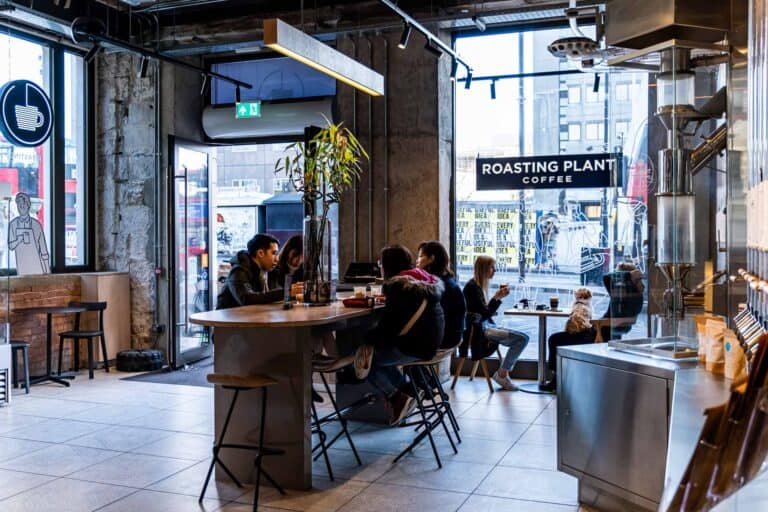 Start your day off right by checking out my list of the best coffee shops in London Bridge! 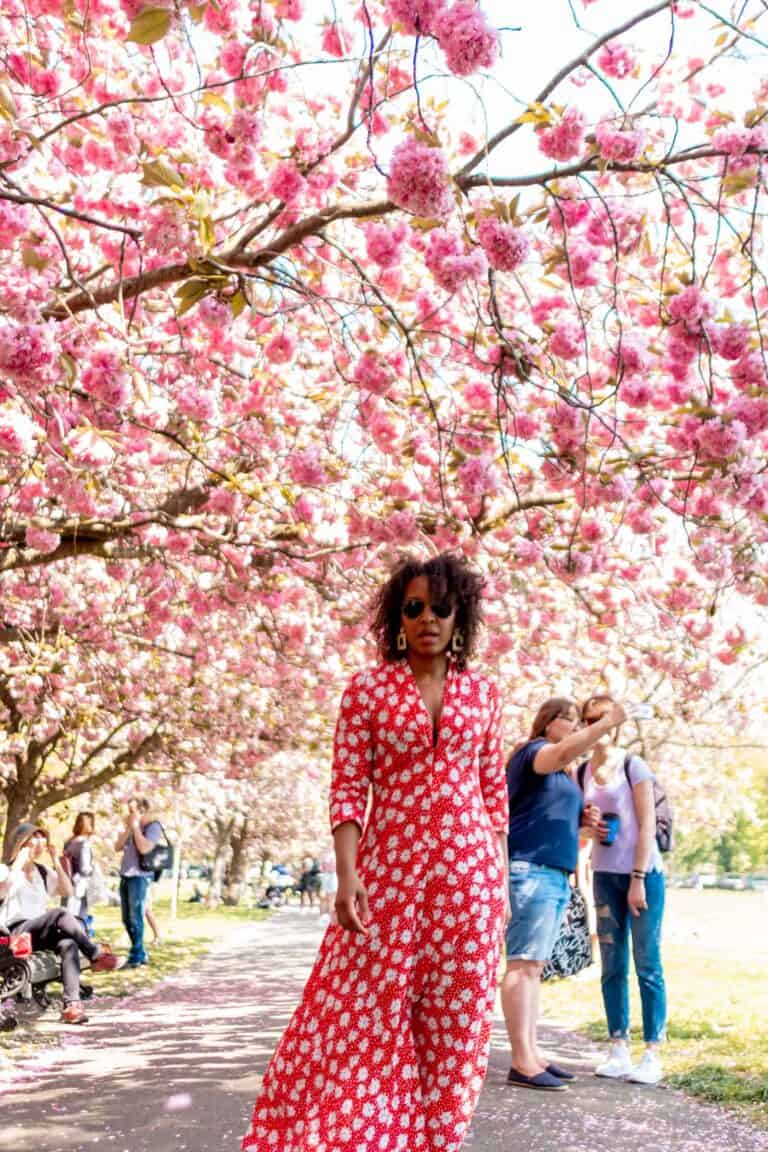